Rush Back to The Gold Rush in Nashville! 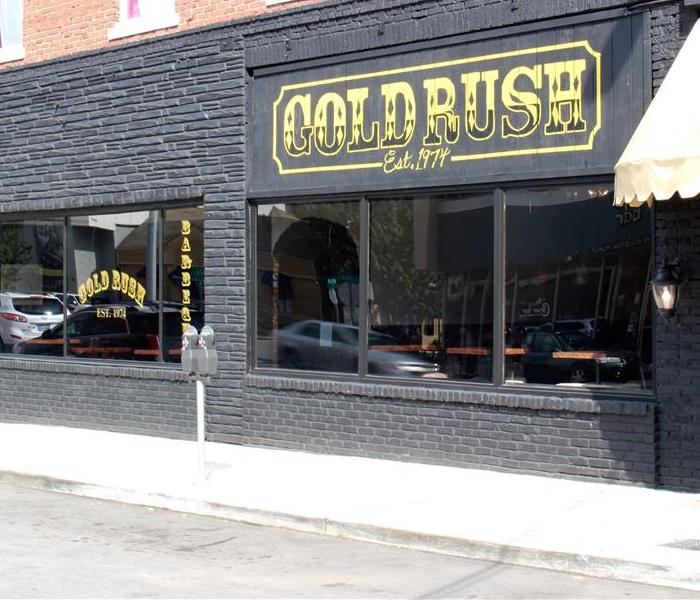 The Gold Rush Restaurant and Bar is legendary in Nashville. The popular dive makes its way onto plenty of "Top 10" and "Must See" lists in Nashville. Their fantastic bean rolls keep the kitchen humming until late into the night. The establishment is often the place to be after a musical performance at the neighboring Exit/In. Since 1974, the bar has been a staple of the Nashville nightlife, but another staple of The Gold Rush is its status as one of the few bars that still allow smoking inside. Well, that status has changed forever thanks to SERVPRO of Belle Meade.

Recently, SERVPRO turned one of the last bastions of smoking in Music City into a non-smoking business. Overnight. Yes, you read right. 42 years of cigarette smoke and its dingy residue vanished into much thinner air in one night. The air ducts received a serious cleaning as well. Now, lungs everywhere can breathe easier while gulping down more bean rolls. How was all this achieved in one night without a massive cleanup effort?

The SERVPRO team employs a state-of-the-art proprietary deodorization process that eliminates smoke odor in a safer way than ozone or thermal foggers. SERVPRO uses the same process to turn smoking rooms into non-smoking rooms in hotels. The ability to rid cigarette smoke in this way is a great way to unveil a grand reopening.

So, keep track of The Gold Rush website’s new unveiling via the timer on their homepage and head in to see (and smell) the changes soon!