SERVPRO of Belle Meade Celebrates 10 Years of Service to Nashville 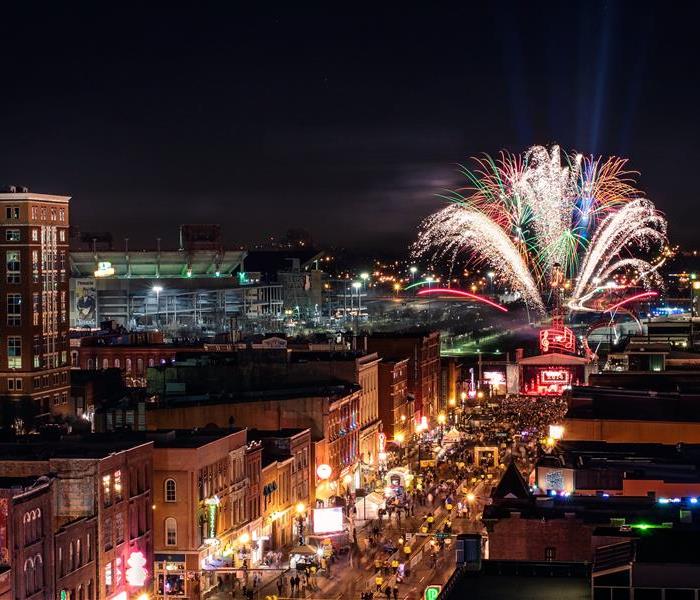 We love this city and look forward to the NEXT 10 years of service!

This month marks the 10 year anniversary of SERVPRO of Belle Meade serving Nashville.

During the last decade Rob Dixon and his team have helped many people recover from the low points of disaster. He is so grateful for the support and trust received from the community during this time.

The origin of SERVPRO of Belle Meade is 99% divine intervention and 1% "right place at the right time", one of Dixon's closest friends brought up the idea during a dinner conversation! The rest is history and a self-described rollercoaster of a journey that is only trending upwards.

The SERVPRO brand has a special significance for Dixon as well. His roots in Gallatin also house the SERVPRO international headquarters. The support his franchise receives from corporate team members and fellow SERVPRO managers mirror what his team hopes Nashville feels. Rob loves the sense of togetherness in the Nashville community. That spirit helped the business and the city survive and thrive after a tremendous tragedy struck.

The May 2010 Nashville flood was devastating. Many residents still feel the sting of that disaster. SERVPRO of Belle Meade was a mere 3 years old when the flood waters rose. The natural disaster was a sink or swim moment for the franchise. The volume of calls were at an all-time high and it was again 99% divine intervention and 1% hard work that made the team thrive and survive. Additionally, 300 SERVPRO teams from around the country came to Nashville to help the hurting community. The quality of work that those teams performed helped set the standard for a SERVPRO franchise that still exists. In fact, the Belle Meade location ranks in the top 100 SERVPRO locations out of the 1700 spread across the United States and Canada.

Your support is crucial to our ability to better serve this community. 5 years ago, Dixon purchased its current home near downtown Nashville which enables SERVPRO of Belle Meade to respond to your needs EVEN faster. This is all because you trust and believe in our service. For that we thank you and look forward to the next 10 years of meeting your needs.